Canned Air For Sale To Combat Smog In China Posted on on February 1, 2013 by isaadministration 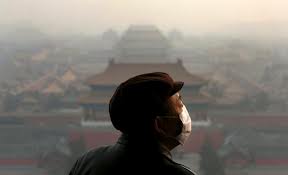 Can you believe this? I can’t…

If there’s a need, a Chinese entrepreneur will find a way.

The foul smog swallowing much of China has inspired one such man to launch a humorous campaign to focus on environmental issues — by selling canned fresh air.

Known for his showman flair, millionaire Chen Guangbiao stood on a Beijing sidewalk on Wednesday handing out cans filled with what he said was air procured from remote areas of the country untainted by air pollution, according to Reuters.

“I want to tell majors, county chiefs and heads of big companies — don’t just chase GDP growth,” Chen implored passersby. “Don’t chase the biggest profits at the expense of our children and grandchildren and at the cost of sacrificing our ecological environment.”

Never one to pass up a chance to promote himself, Chen stuck his own mug on the soda can-sized containers, along with the phrase “Chen Guangbiao is a good man,” Reuters said.

The entrepreneur made much of his money from recycling materials from torn-down buildings and is widely known for his philanthropic pursuits.

Chen acknowledged to Reuters that his portable fresh air was a “tongue-in-cheek” effort to spotlight the heavy air pollution that’s causing health and economic problems in China. But that doesn’t mean the cans are a joke: Each one costs 5 yuan, or approximately 80 cents, with the money to be donated to charity.

Reports indicate that there are multiple “flavors,” including “post-industrial Taiwan” and “pristine Tibet.”