What Airlines Won’t Tell You During Safety Demonstrations Posted on on March 4, 2013 by isaadministration 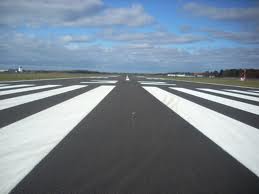 What airlines won’t tell you during safety demonstrations. Have you ever wondered exactly why airlines dim the lights upon landing, making you grope to find the overhead light just as you were about to finish your Sudoku? (Hint: It’s not to save electricity. Read the answer at the end of this article.) Or why it’s so important to put your own oxygen mask on before helping others? Or what’s it like jumping onto a 737’s inflatable emergency slide? And just how heavy are those over-wing exit doors?

If you’re a bit of an airline nerd like me (I said a bit, by the way, I’m not one of those plane spotter types), then you might have been curious. Or maybe you’re the cautious kind, the kind who wants to have every possible advantage the next time there’s a “Miracle on the Hudson” or if you’re landing at one of the scariest U.S. airports.

Well, British Airways has just the thing: the BA Flight Safety Awareness Course, a modified version of the same training that flight crews go through after they’re hired and then once a year thereafter. Even if you’re not the pessimistic or overly cautious type, it’s a fascinating way to spend a day in London.

You get to jump down an emergency slide! And if you’ve ever wanted to pull the inflation cord on one of those airplane life vests, well this is your chance. You also get to evacuate a cabin filled with “smoke” (it’s the kind used in a theater or rock concert, but does the trick). You’ll practice the fine points of the “brace position.” And best of all, you understand why some of those more obscure procedures and safety warnings are part of the flight experience.